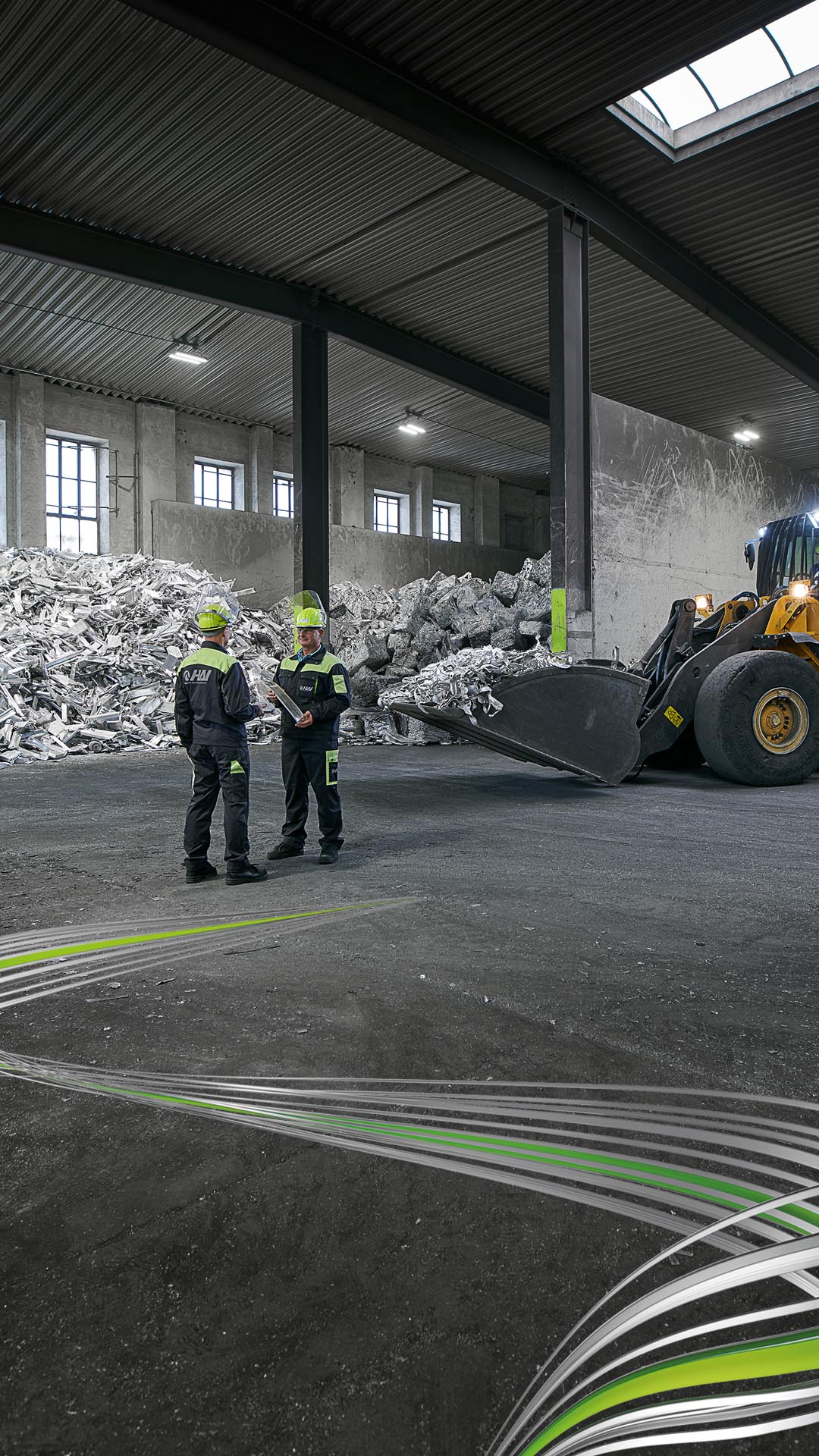 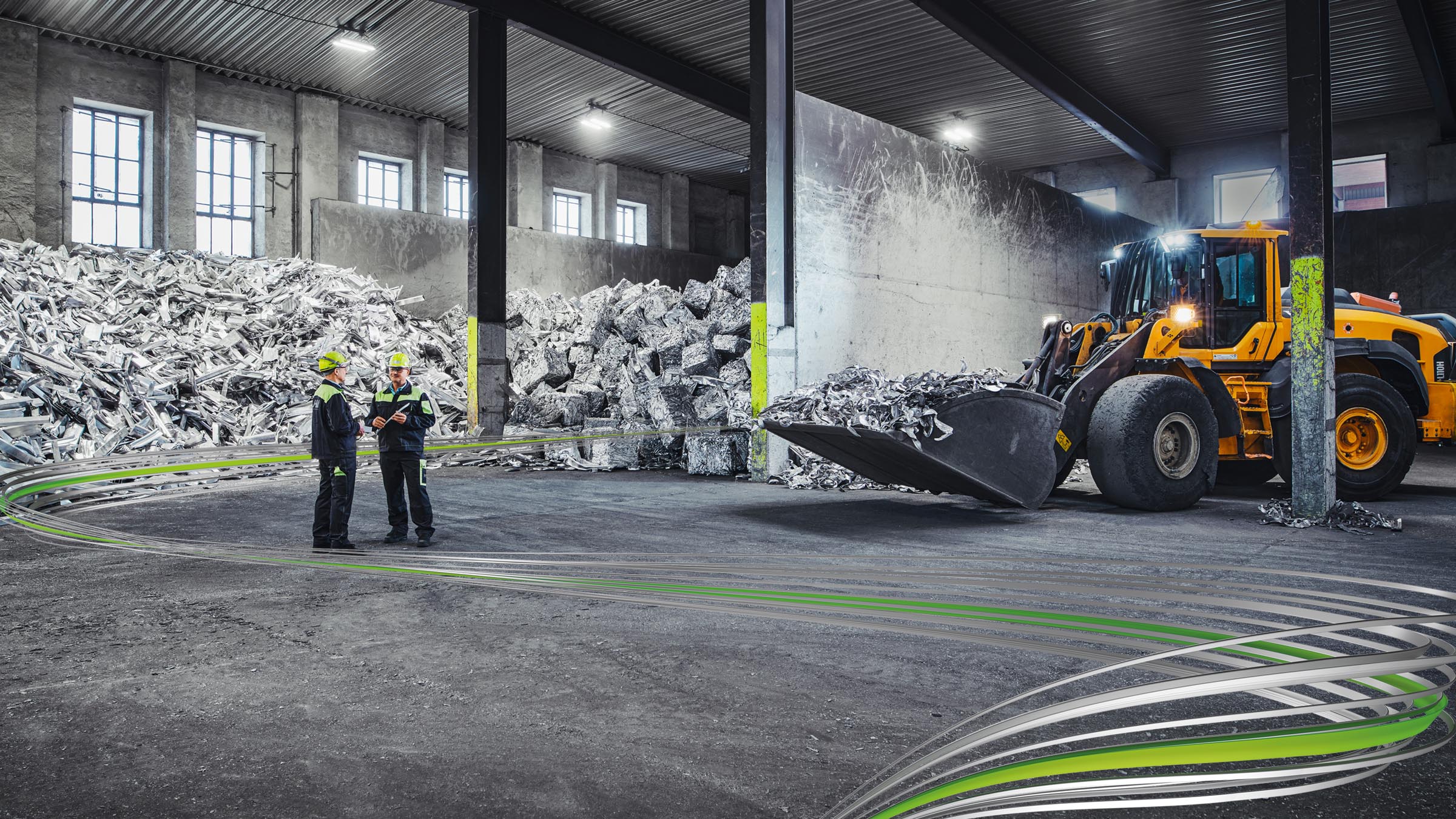 Sustainability is a question of commitment for us.

We want to become the most dynamic and sustainable provider of aluminium solutions. That’s why we’re committing ourselves not only to sustainable corporate management, but also to the issues of aluminium recycling, green sourcing and green energy, and to environmentally friendly processes.

We provide end-to-end aluminium solutions: from the recycling process and high-tech aluminium profiles to finished components. Our HAI aluminium cycle extends from the strategic purchasing of metal to its pre-processing, sorting and smelting and/or finishing as well as its casting, extrusion and further processing. 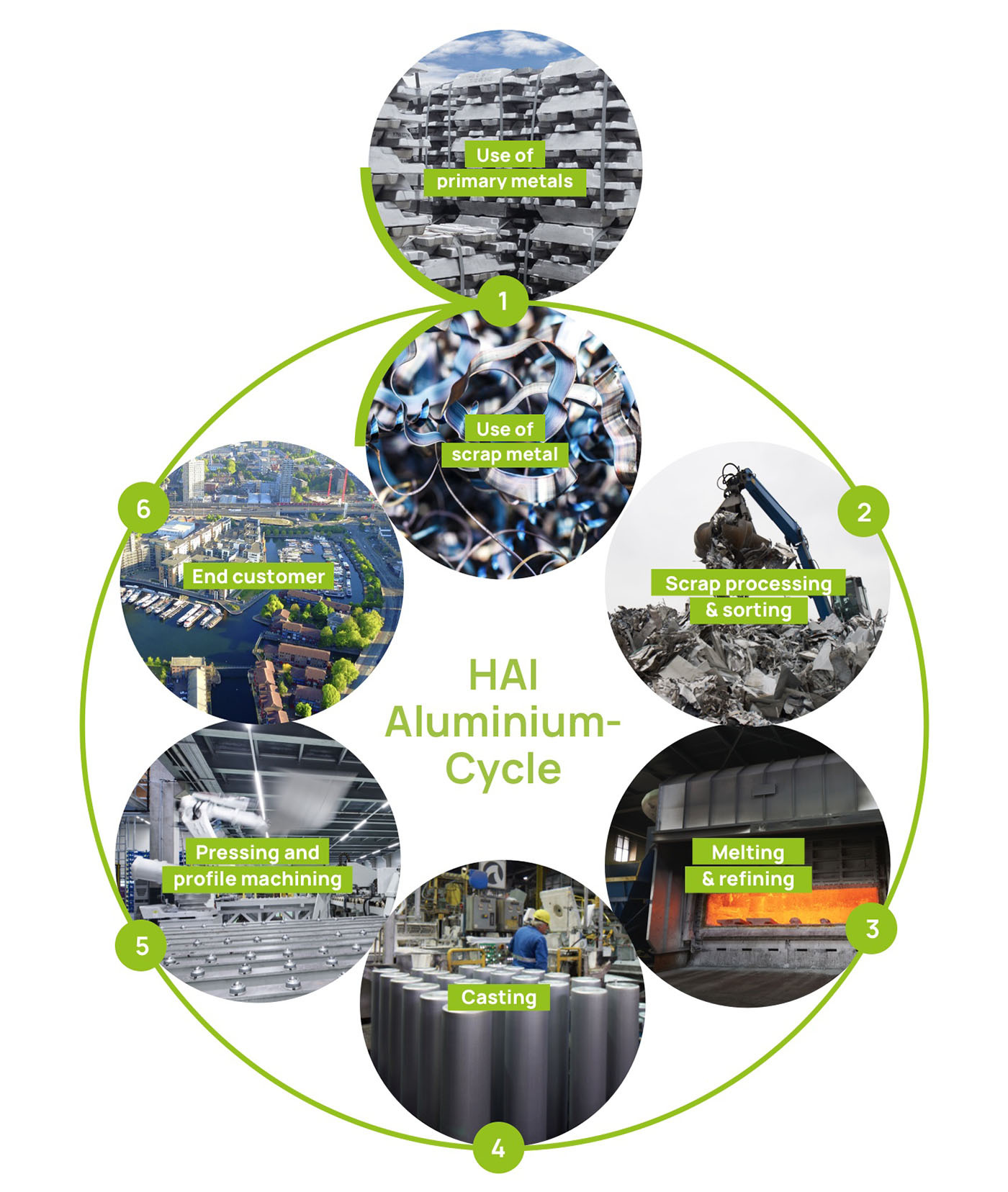 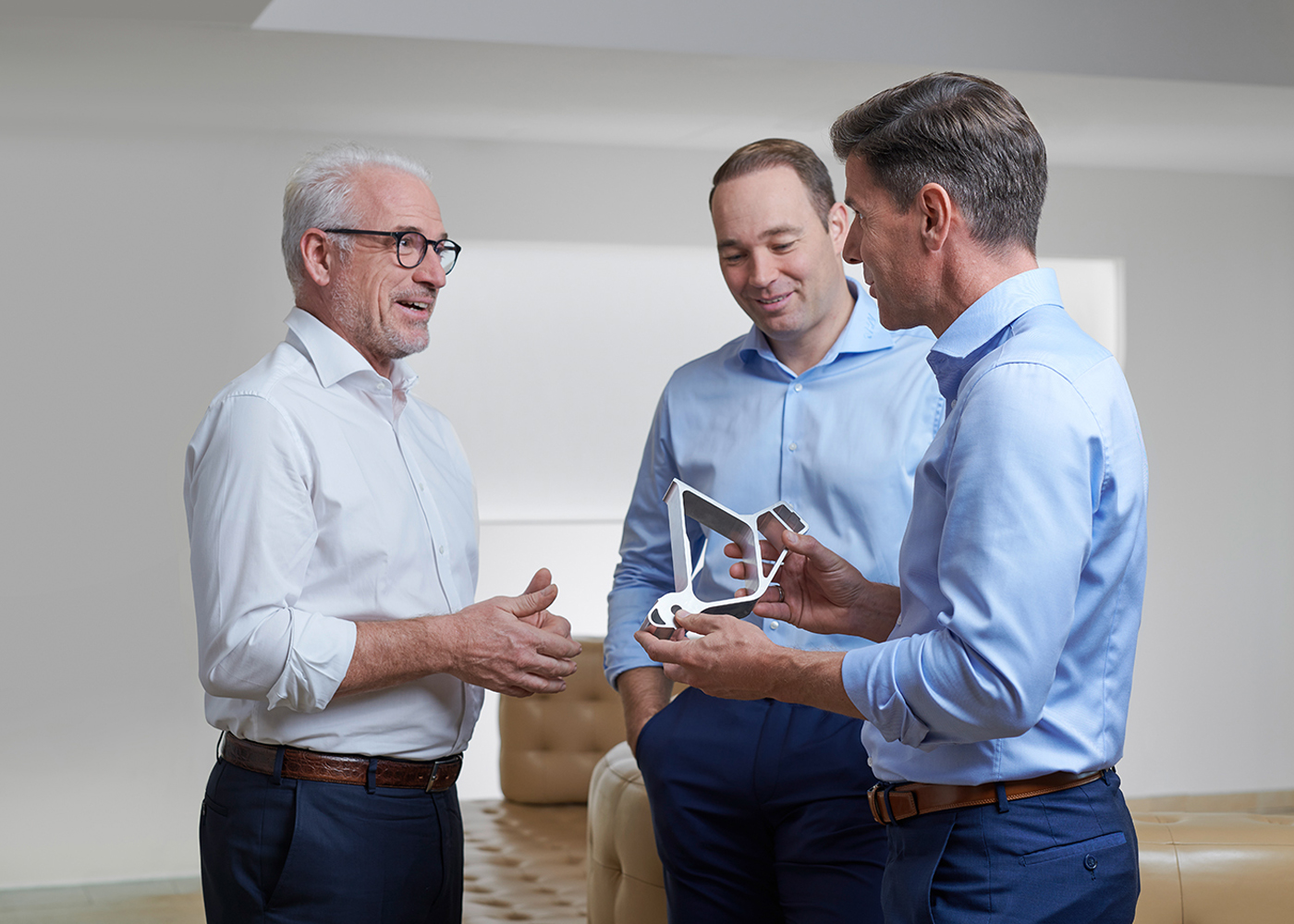 Sustainable corporate management as the basis

SustainAl
Download PDF (59.9 KB)
At HAI we’re fully committed to sustainability and together with our employees we take a lot of responsibility for it. That’s why workplace health and safety, a commitment to charitable causes and the promotion of local procurement, as well as sustainable processes which we continually develop and improve, are essential elements of our HAI company policies.
Low rates of staff turnover together with the careful and responsible use and handling of waste – so as to prevent the emitting of any harmful substances and ensure that no harm is caused to people or the environment – are a key part of this, as are our long-standing relationships with our customers and suppliers. This is all set out in our sustainability report on a regular basis. 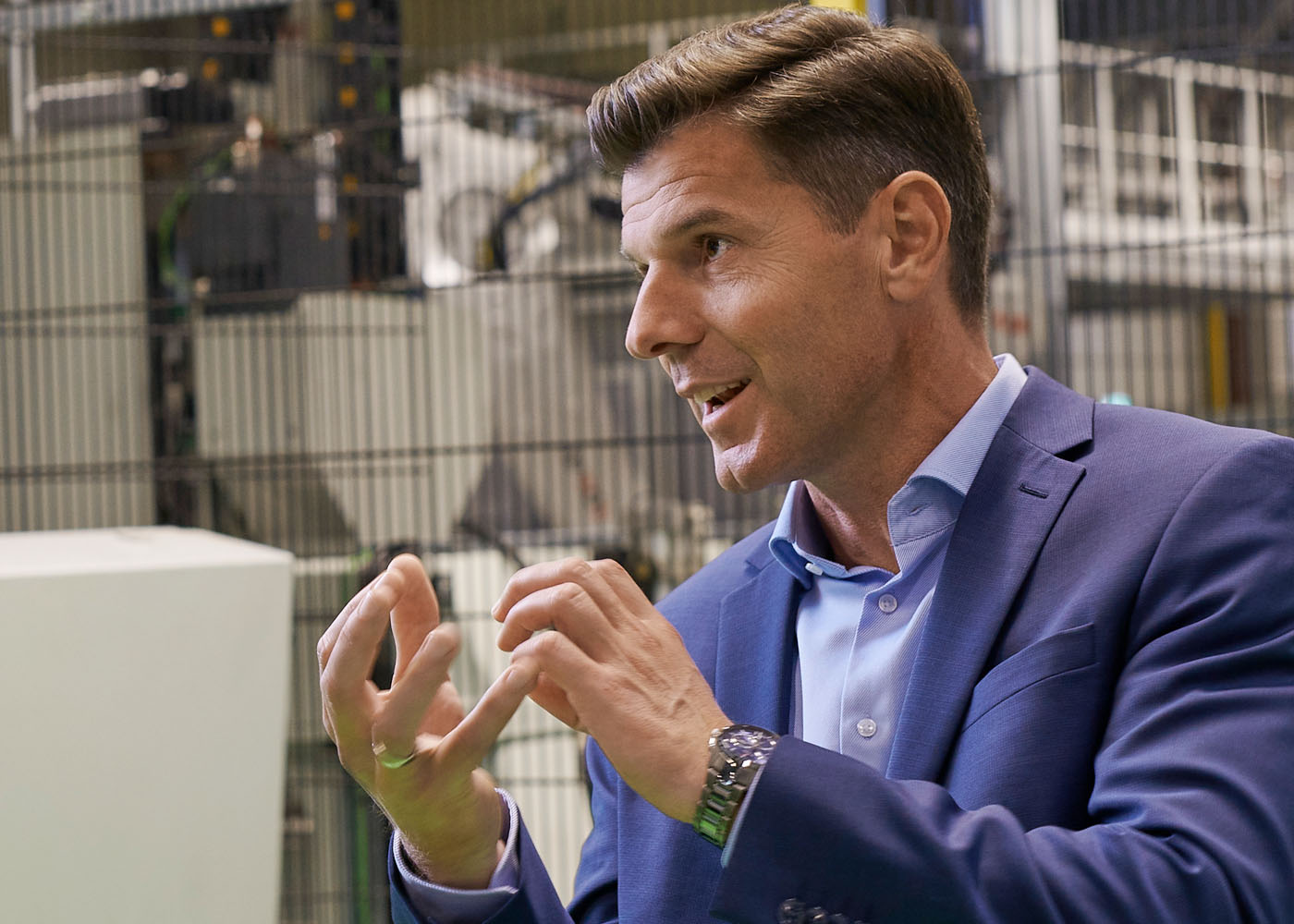 “Recycling and the sustainable manufacturing of our products that is associated with it have become key issues for the future. For us it’s important to ensure that scrap aluminium from all our product segments is efficiently recycled so as to increase our recycling rates and consequently make a contribution to climate neutrality and the circular economy.”

The pillars
of our sustainable actions 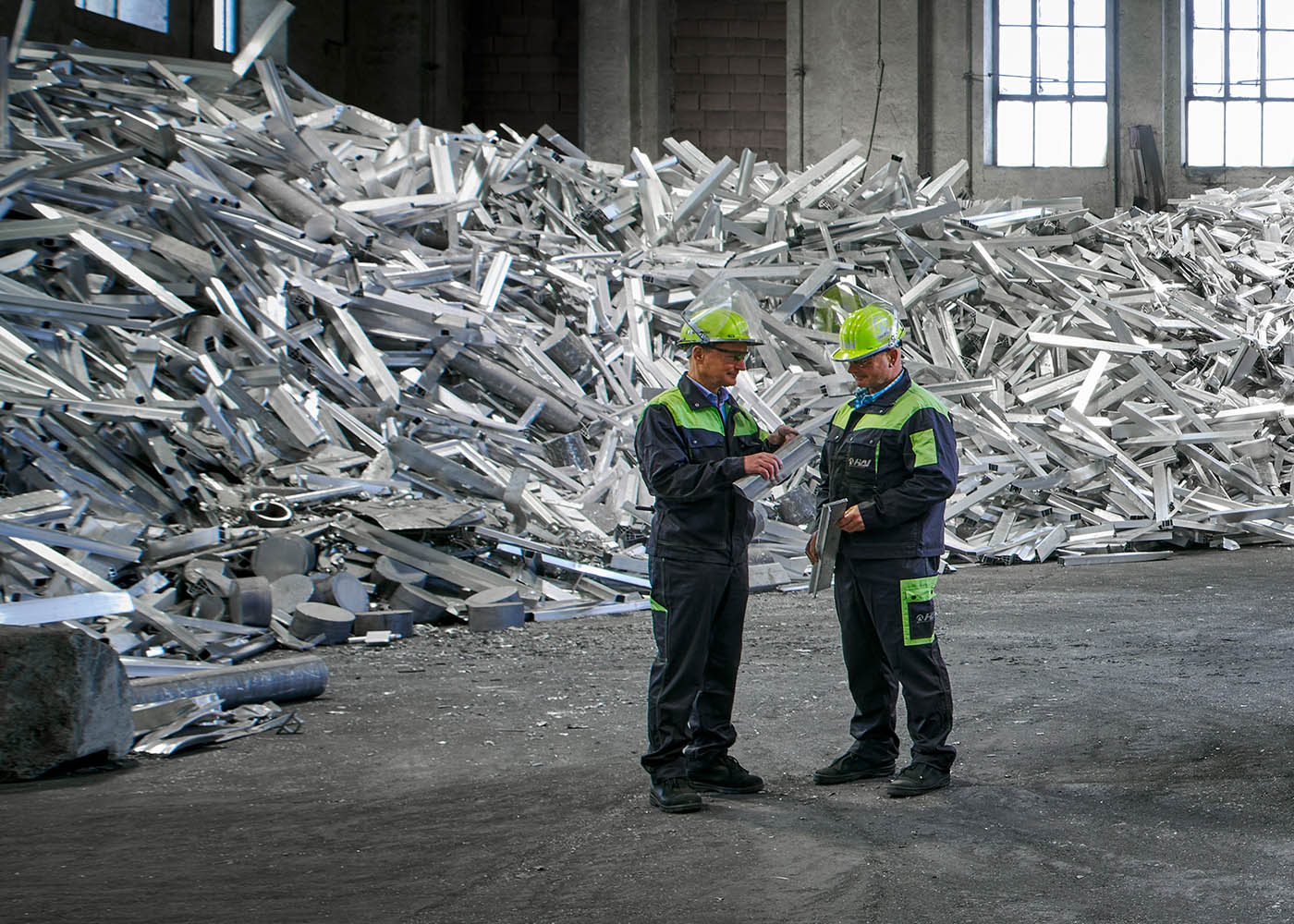 Efficient, consistently applied recycling as the key to success
Most emissions within the aluminium industry are caused during the production of primary aluminium. Increasing the recycling rate will enable the CO₂ footprint of the entire sector to be significantly reduced. At HAI we can reduce our energy consumption by up to 95% and our CO₂ emissions by up to 80% by using recycled aluminium rather than primary metals.
An extraordinarily high recycling rate such as that achieved by HAI is only possible by using a wide variety of types of scrap, and by having an extensive knowledge of the material together with an appropriate production process, not to mention our employees’ years of recycling expertise. So in order to ensure the best possible use of scrap we have in recent years made considerable investments in production systems, furnace technology, waste material management, and the processing of scrap. 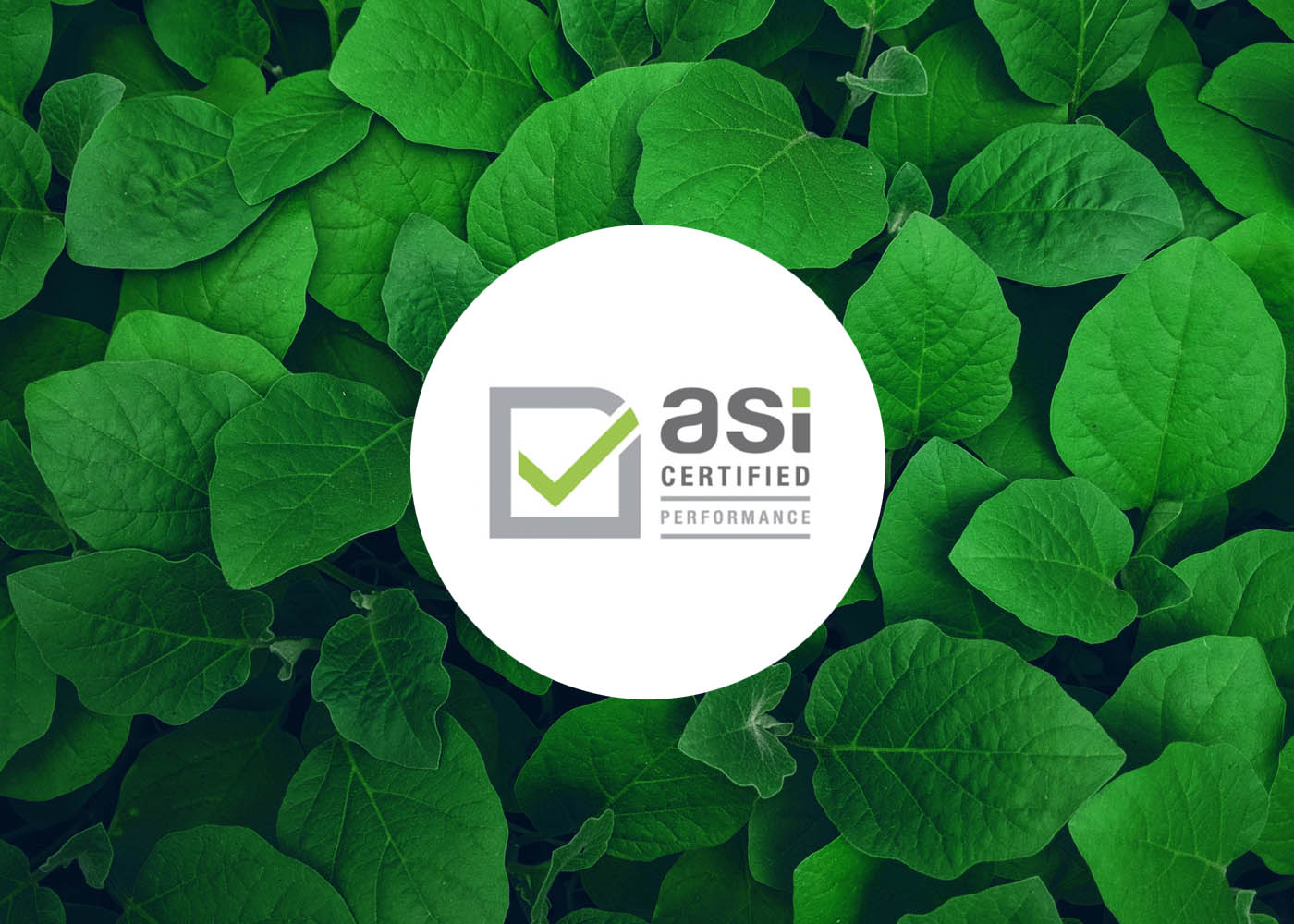 Excellent, resource-efficient production facilities
Sustainability goes back a long way at HAI and it’s also reflected in our certified production facilities and the traceability of raw materials. We are convinced that good energy efficiency and resource-efficient production methods will promote the development of new technologies and procedures. For example, the Casting division at Ranshofen achieved Performance Standard certification under the Aluminium Stewardship Initiative (ASI) in March 2020, followed by the Santana (Romania) site in September 2020. Our aim is to unite the entire value creation chain for aluminium in a sustainable way and to make the production of aluminium products a “clean business” from start to finish. 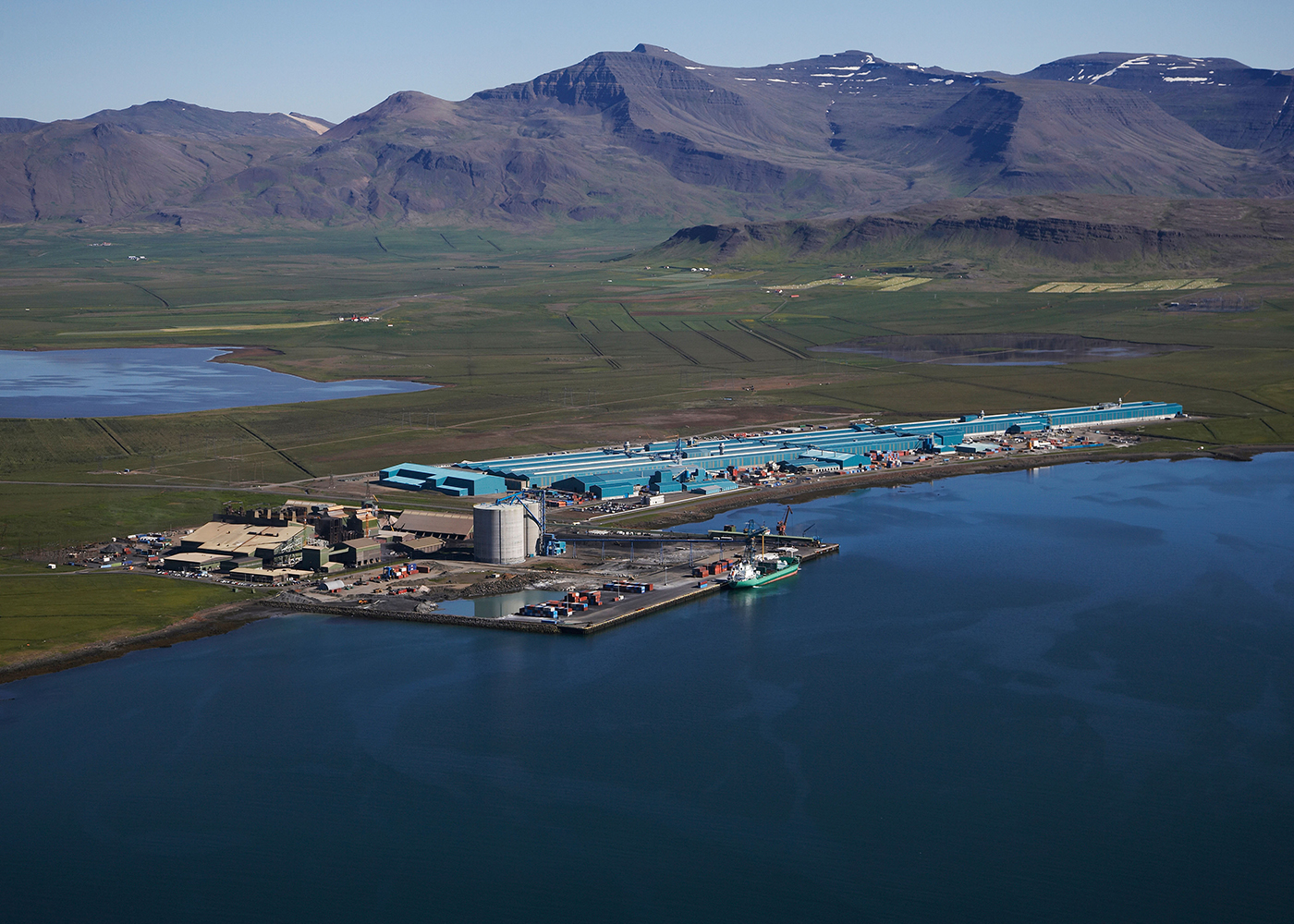 HAI has concluded a five-year supply contract for 150,000 tonnes of Natur-Al™ aluminium with Century Aluminium. Natur-Al™ products are produced by using power from 100% renewable sources at Century’s Norðurál Grundartangi aluminium factory in Iceland. Natur-Al™ aluminium has direct CO₂ emissions values of under two tonnes per tonne of aluminium.

That’s one of the lowest Co₂ footprints in the world for this metal. The entire Co₂ footprint per tonne of aluminium is four tonnes. That’s less than a quarter of the average for the sector as whole.

For HAI as a recycler and recycling smelter, the CO₂  content of the primary aluminium that is obtained has a massive impact on the overall footprint. This supply agreement is a clear statement that the HAI Group is not cutting any corners when it comes to its sustainability commitments. Thanks to the combination of Natur-Al™ aluminium and our recycled materials we can produce billets and rolling slabs using less than two tonnes of CO₂ₑ per tonne of metal. This underlines our efforts to do our bit to improve the future for everyone. 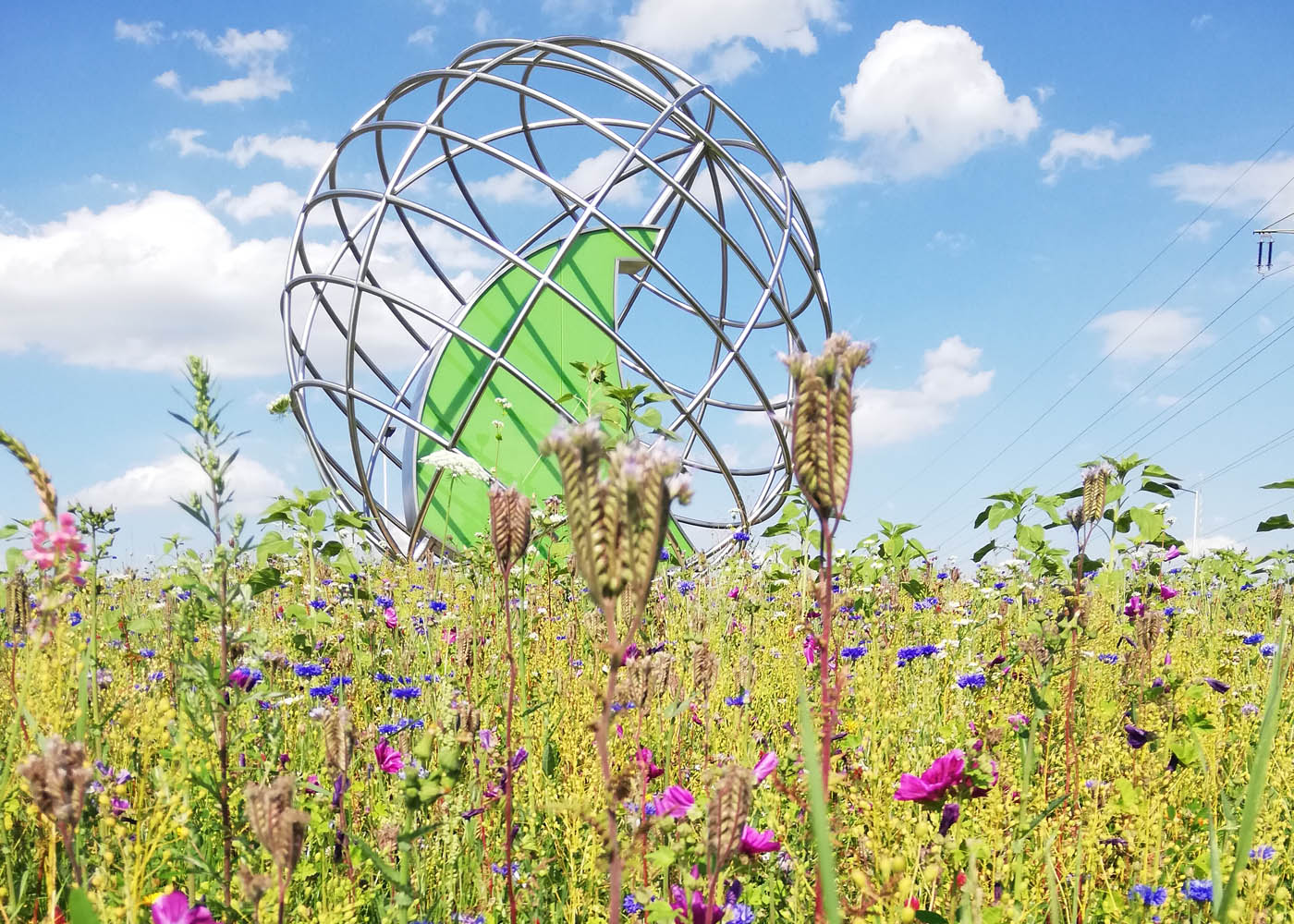 Consistent green electricity strategy
By buying 100% CO2-neutral hydroelectricity HAI is committing itself to the green energy transition in this area too.

Simply converting to green electricity has enabled us to significantly improve our overall CO2 footprint. In 2020 we managed to save about 3,400 tonnes of CO2 just at the Soest site, and as much as 17,600 tonnes at Ranshofen. As a way of visualising this, the annual CO2 saving of 21,000 tonnes of CO2 is equivalent to the footprint of 3,000 people (in Austria each person produces about 7 tonnes of CO2 every year).

Since January 2021, both sites in Romania are also supplied with electricity generated from renewable energy sources. The majority of the corporate group has thus completed the energy transition.

In addition, in 2019 a 6,300 m² photovoltaic power plant for generating solar electricity was installed on the roofs of the buildings at the Ranshofen site – one of the largest self-consumption PV systems in Austria. In 2019 the system produced 1.268 MWh of green, solar electric power. This means that the Ranshofen location saves roughly 500 tonnes of CO2 each year. At the beginning of 2021 the system in Ranshofen was expanded again – by a further 3,000 m². Further projects at other company sites are already set to go.

New e-fuel stations are also an important part of our sustainable strategy: once the production of components for battery trays for the EQC (Mercedes-Benz’s first electric-powered SUV) is running at full speed, the mobility revolution will also become a reality at HAI within the company itself. There are already several e-cars in use within the car pool at HAI, including two Mercedes EQCs. At the company’s site in Ranshofen there are also nine charging stations for company cars and for visitors with electric cars.

All these activities are part of a large-scale initiative within the HAI Group, which is addressing the issue of sustainability throughout the aluminium industry’s entire value creation chain.
Show more Show less 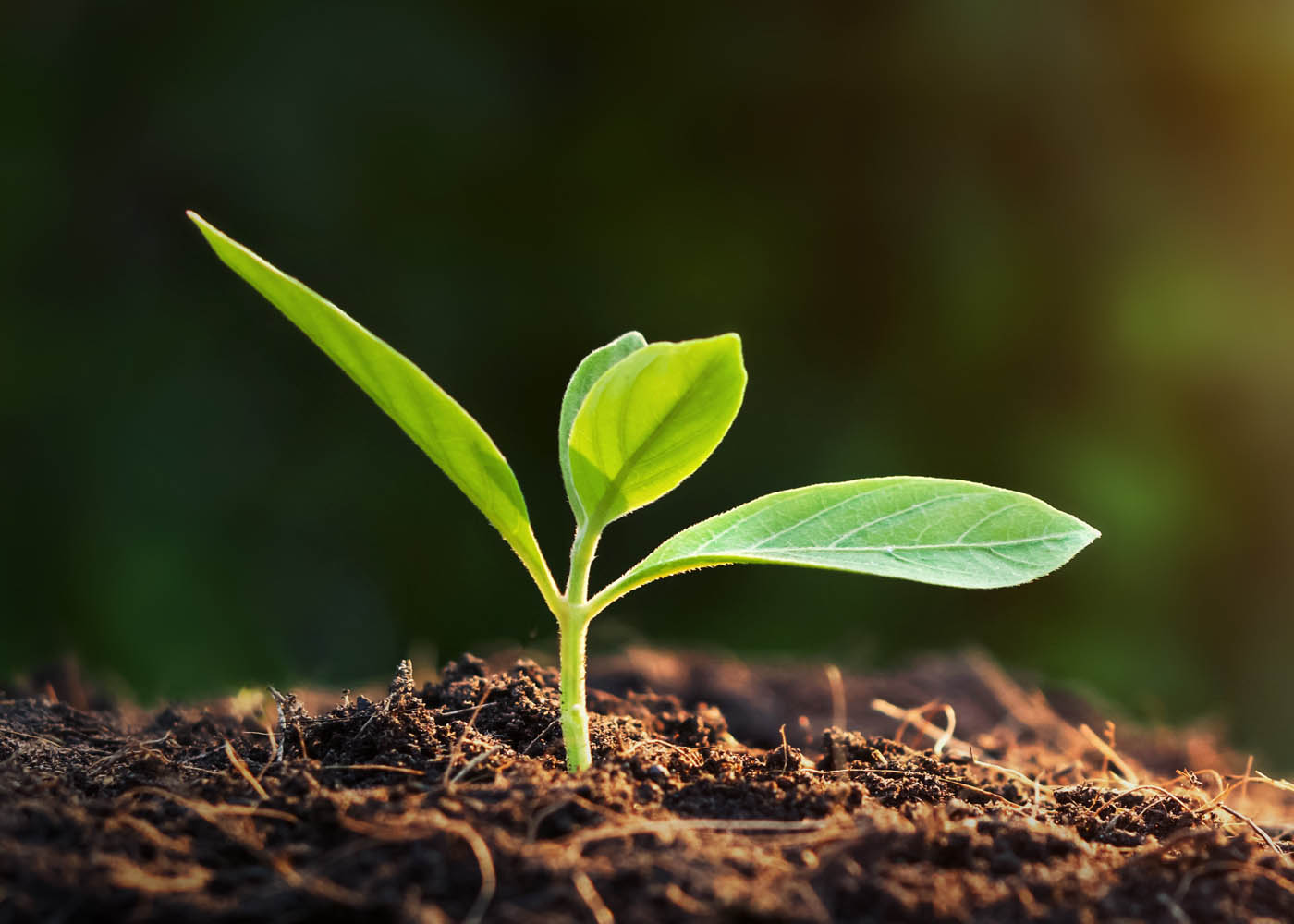 Using the best technologies to achieve even greater sustainability
Sustainable energy management is also a top priority at HAI. We believe that it is crucial for a company within the aluminium sector to take a responsible approach to its high energy requirements. That’s why at HAI all the processes and procedures are subject to continuous improvement.

In terms of the use of energy and energy consumption this means:

These measures are reviewed and evaluated as part of regularly carried out energy audits, and any new recommendations that are made as a result are implemented. 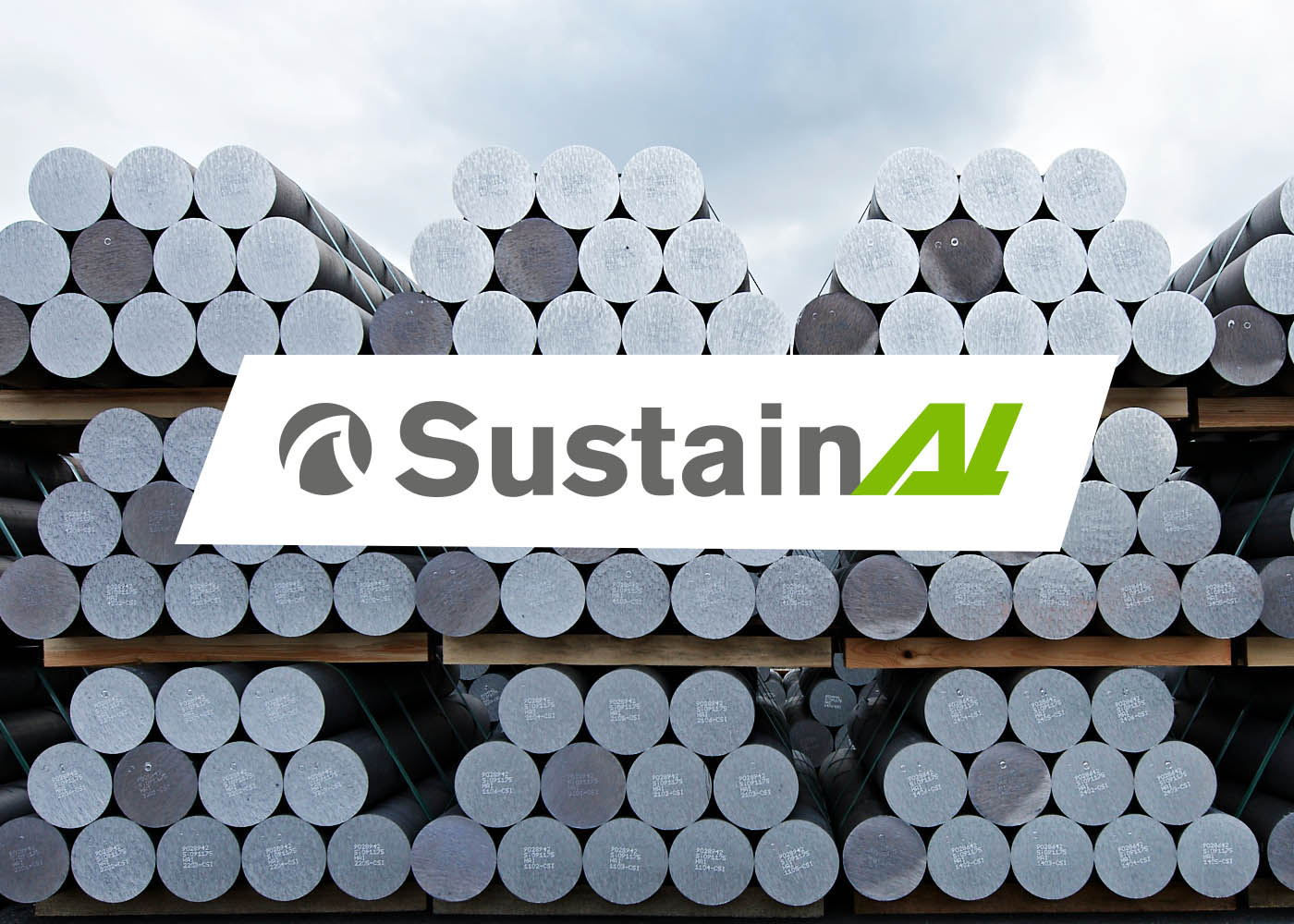 SustainAl
>
HAI SustainAl – our most environmentally friendly alloy
In order to be able to respond to the growing demand for information about the CO2 footprint of our products HAI has drawn up a Life Cycle Assessment, (or LCA for short) since 2020.

This found that the CO2 footprint of the HAI Standard alloy was 4 to 6 tonnes; for HAI SustainAl 4.0 it was about 4 tonnes, and for HAI SustainAl 2.0 it was roughly 2 tonnes (using an average 80% proportion of recycled materials). HAI is therefore one of the businesses in the sector with the lowest CO2 emissions.

In 2020 Hammerer Aluminium Industries commissioned a new filter system in the foundry at Ranshofen which reduces emissions to well below the legally specified limits. The new high-spec. filter system makes HAI’s Ranshofen location fit for the future. The operational extraction capacity was more than doubled from 76,600 m³/h to 160,000 m³/h. Seamless electronic monitoring of the dust values in the discharged air together with an automatic alarm ensure maximum safety within the foundry.

Purchasing electricity from renewable sources enables considerable amounts of CO2 to be saved each year:

> Plant improvements at the Ranshofen foundry

In order to consistently reduce our energy requirements and to do our bit for the environment, we have upgraded our plant (melting furnace 13 mixer unit and casting furnace 12 burner system). These measures save a total of 670 tonnes of CO2 per year.

By saving energy in the heating of the billets before the extrusion process we have cut our annual climate emissions by 592.27 tonnes of CO2.

The 4,000 m2 production plant corresponds to the state of the art of a high-end production line and meets the requirements for digitization and sustainability in production. The plant itself is also based on a particularly energy-efficient design. As a result, we reduce the impact on our climate by 85 tons of CO2 every year.